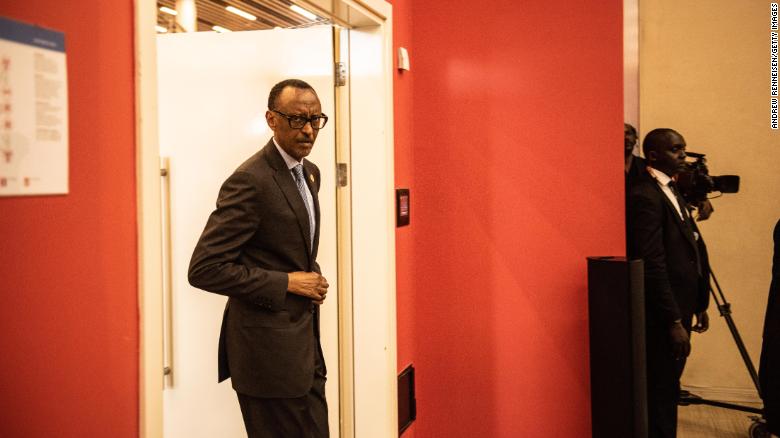 (CNN) – When Eugene Ndereyimana woke up last week, he didn’t tell his wife where he was going, and she didn’t ask. The less she knew, the better, she thought.

The 29-year-old father of two was traveling from his home in Rwanda’s southeastern Ngoma district to the northeastern town of Nyagatare for a political meeting on July 15.
But the people waiting for Ndereyimana to arrive lost contact with him when he was just five kilometers (3.1 miles) from the venue.
He hasn’t been seen or heard from since. 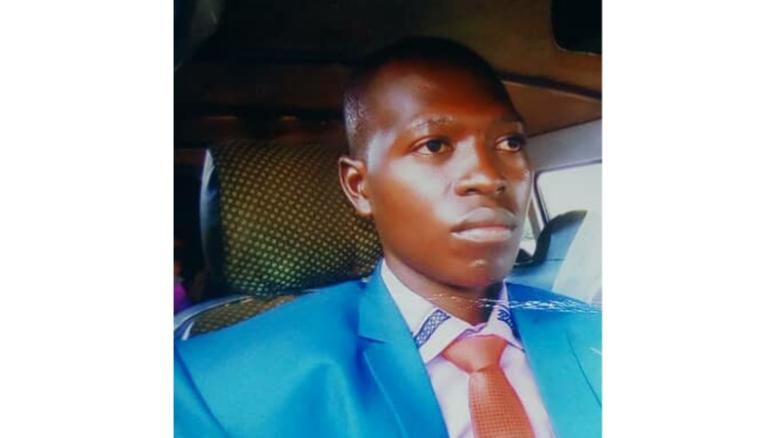 Ndereyimana is a representative for the FDU-Inkingi, an unregistered coalition of opposition parties against President Paul Kagame, who has been in power since 2000.
He is one of at least five FDU members who have gone missing under mysterious circumstances over the last few years in Kagame’s Rwanda.
Opposition politicians and supporting party members say they face intimidation, violence, jail time or the prospect of disappearing for opposing the President and his ruling party, the Rwandan Patriotic Front (RPF). The Office of the President and the RPF have not responded to CNN’s request for comment regarding these allegations.
For Ndereyimana, that intimidation began last September, when he was arbitrarily detained by military officers at a local police station, his wife Joseline Mwiseneza told CNN, speaking through an FDU spokesperson. 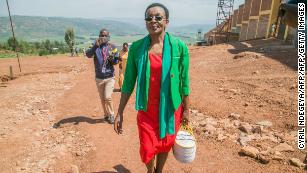 Freed Rwandan opposition leader: ‘If you have other opinions, they put you in jail’
“For them he was an enemy,” Mwiseneza said, referring to the local authorities. She added that Ndereyimana’s political activities created difficulties in his everyday life — from harassment by security forces to the inability to get credit from the local bank.
Rwanda’s Investigation Bureau and Rwanda’s National Police have not responded to CNN’s requests for comment.
Now, Mwiseneza says she doesn’t know what to say to their children, who keep on asking where their father is, and fears for her husband’s life.
As she waits for answers, others politically aligned with her husband have met violent ends.
In a harrowing case in March, 30-year-old Anselme Mutuyimana, a close aide to FDU president Victoire Ingabire, was found dead in a forest in the country’s northwest region.
Residents who found Mutuyimana said he appeared to have died by strangulation, according to the party. 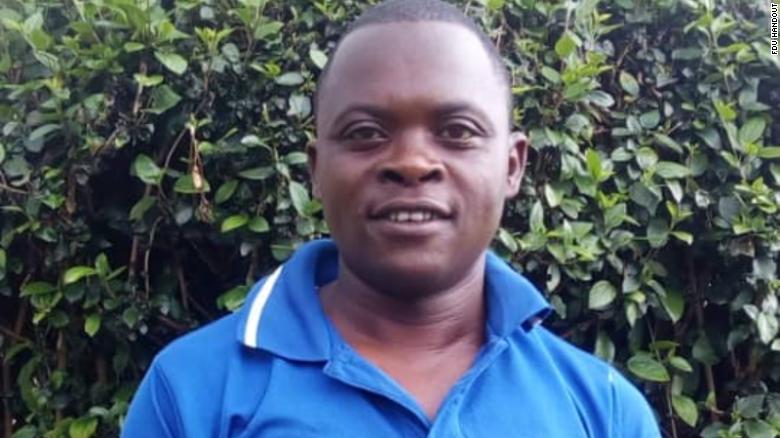 Anselme Mutuyimana’s body was found in a forest in March.
At the time, the Rwanda Investigation Bureau told CNN that an investigation had been opened into his case and that no suspect had been apprehended yet.
In another incident last October, jailed FDU Vice President Boniface Twagirimana went missing from a high-security prison where he had been held for five days following a transfer from another facility.
Twagirimana and eight other FDU party members were serving out a sentence following an arrest in 2017 on charges of forming an armed group and seeking to overthrow the government, charges Twagirimana denied.
When he went missing, Rwanda’s correctional service said he escaped from prison. FDU party officials however, said they suspect “foul play.”
Speaking on Twagirimana’s case in November, Human Rights Watch (HRW) noted that “enforced disappearances are not new” in Rwanda. The group says it has documented the government’s “persistent efforts to silence critics and perceived political opponents in recent years through arbitrary arrests, threats, and enforced disappearances.” 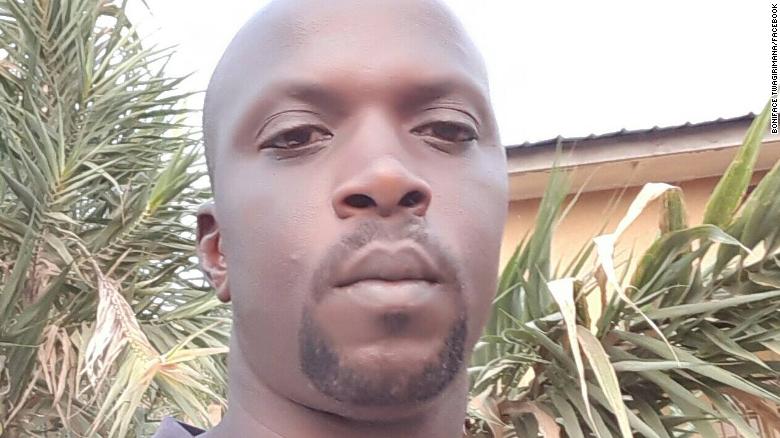 FDU Vice President Boniface Twagirimana has been missing since October 2018 and is feared dead.
In May 2017, party member Jean Damascene Habarugira disappeared after he was called to meet an official responsible for the security of his locality, according to a statement by the FDU.
Three days later, Habarugira’s family were called to collect his body from a local hospital. In a statement, the FDU said that Habarugira was “assassinated in cold blood” because of his opposition to the local authority’s agricultural policies and concerns over police brutality.
And in March 2016, nurse and opposition activist Illuminée Iragena also went missing, believed to have been forced into a government detention center. Six months after she disappeared, HRW said those close to hear feared she was dead.
FDU head Ingabire says that she believes that these events, including the most recent disappearance of Ndereyimana, are a signal that the government isn’t “ready to open up the political space.”
“It is a kind of intimidation, that people will be afraid to be a member of the opposition party,” she told CNN last week. 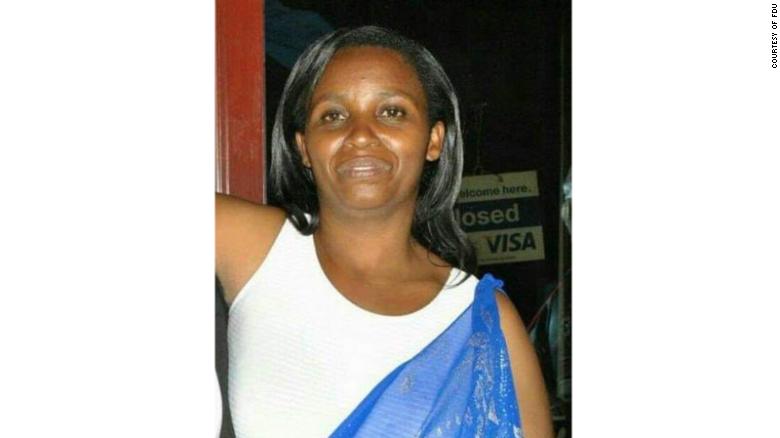 Illuminée Iragena, a nurse and a FDU party activist, went missing in 2016. Many who knew her fear she is dead.

Ingabire herself is no stranger to such tactics, she says. In 2010 she returned to Rwanda from the Netherlands, where she was living in exile, to contest the presidential election.
But shortly after that she was arrested following comments she made in relation to the country’s 1994 genocide, and accused of collaborating with a “terrorist organization.”
In October, Ingabire was released from jail after serving eight years of her 15-year sentence as part of a presidential pardon. 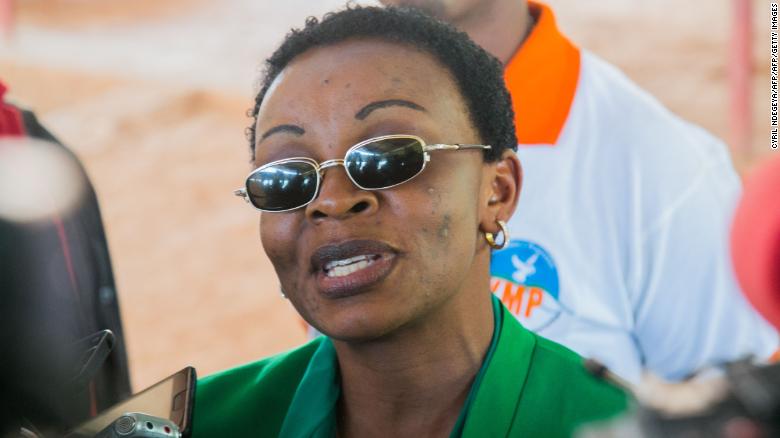 FDU president Victoire Ingabire speaks to the press after being released from prison in September 2018.
Ingabire has long said her sentence was a result of her work as a prominent government critic and that the charges effectively criminalized her freedom of expression. International organizations, such as Amnesty International, and a 2017 African Court on Human and Peoples’ Rights ruling have supported those views.
Other opposition leaders unaffiliated with Ingabire’s party also allege they have been penalized and threatened for challenging the ruling party’s narrative.
Diane Rwigara, a 37-year-old human rights activist and the leader of the People Salvation Movement (Itabaza) — an activist group to “encourage Rwandans to hold their government accountable” — had hoped to run for president in 2017.
Instead she was disqualified by electoral authorities who said she had falsified signatures needed for her election bid. She was eventually jailed on charges of incitement and fraud, charges her family and supporters say were politically motivated.
She spent over a year in jail, facing a 22-year prison sentence until she was acquitted of charges of fraud and inciting insurrection by Kigali’s High Court in December. 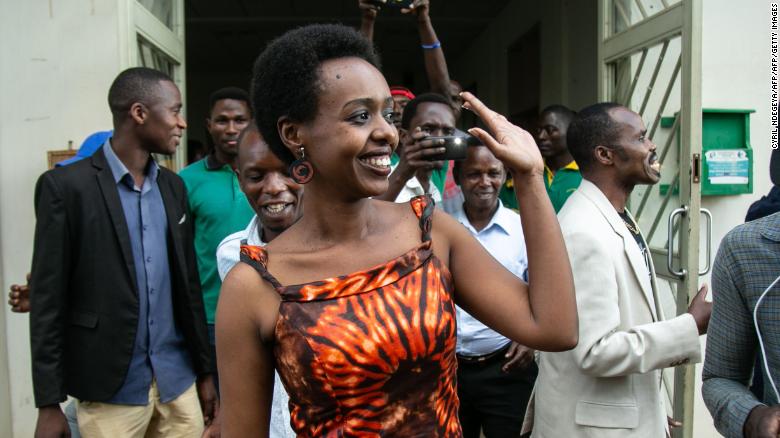 Diane Rwigara leaves Kigali’s High Court after her acquittal last December.
Earlier this month, Rwigara wrote an open letter to Kagame, accusing him of condoning a climate of repression and violence for people who speak out about matters of “justice” and who are “too afraid to stand up to the ruling party.”
She wrote the letter after her friend, a prison guard named Jean Paul Mwiseneza, was killed in June, shortly after speaking to her about unrest at the prison. Rwigara alleges that he was killed at the hands of “security organs.”
“Why are people being executed without trial?” Rwigara wrote.
She ended the letter with a post script that read, “I will probably face grave acts of reprisal for writing this letter. But Your Excellency, please try to understand; life in Rwanda is hard to say the least when one has to constantly worry about the fate of his/her entourage.”
The Office of the President has not responded to CNN’s request for comment on the letter.
Ingabire — who is unaffiliated with Rwigara’s movement — says while intimidatory measures, including disappearances and harassment, are meant to have a chilling effect, she won’t live her life in fear, and has vowed to “fight for democracy” in her country.
Still, the disappearance of Ndereyimana, another voice in that fight, is a fresh and painful incident for Rwanda’s opposition. “It’s like he has vanished,” Ingabire said.
Source: Link

"He was a national treasure" - Diane Rwigara Mourns Kizito Mihigo
Paul Kagame’s Bad Handling of Critic Diane Rwigara May Stain His Good Record
"The acquittal of #Rwigaras should usher in a new era for freedom of expression in #Rwanda" said by ...