Skip to content
AdminSeptember 23, 2018May 1, 2019 Itabaza No Comments
CNN — Rwandan President Paul Kagame shocked many in his country and around the world last week when he granted more than 2,000 prisoners an unexpected pardon.
But while the President was announcing the move in parliament to “rehabilitate our citizens,” Diane Rwigara, the sole female challenger in last year’s election that Kagame won with almost 99% of the vote, languished in jail, awaiting her fate in court.
Rwigara, a 37-year-old accountant and fierce critic of Kagame, launched her election bid three months ahead of the August 2017 presidential vote.
Shortly after she began her presidential campaign, Rwigara was disqualified by electoral authorities. They claimed she exaggerated the number of signatures needed to qualify and accused her of submitting the names of dead people, charges Rwigara denies.
Her supporters say all the charges are politically motivated and highlight a lack of political and social freedoms under Kagame.
As Rwigara prepares to hear her fate in court on Monday, veteran watchers of Rwandan politics say she could follow in the footsteps of a previous opposition politician who dared to challenge Kagame.

Victoire Ingabire, the 49-year-old leader of the opposition FDU-Inkingi party, was one of the 2,140 prisoners released last Saturday after serving eight years of her 15-year sentence.
In 2010 Ingabire returned to Rwanda from the Netherlands, where she was living in exile, to contest the presidential election. But she soon ran into problems with the government over comments she made in relation to the country’s 1994 genocide and was arrested on charges that included collaborating with a terrorist organization and “genocide ideology.” She was initially handed an eight-year prison sentence that was later extended to 15 years. 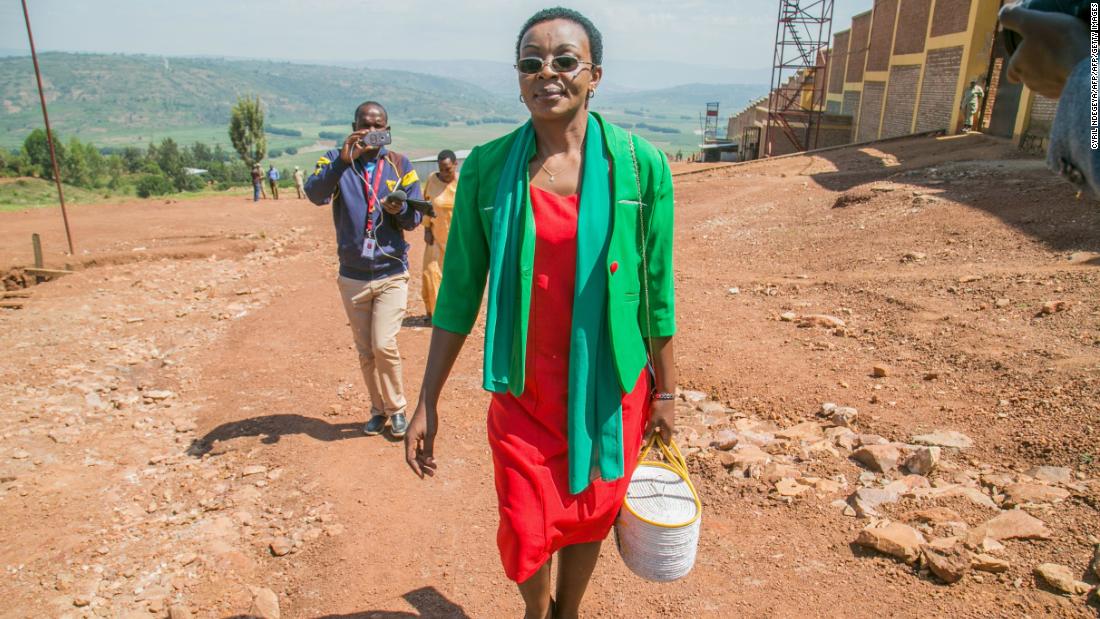 Rwandan opposition leader Victoire Ingabire leaves Nyarugenge prison on early release on September 15, 2018. She was one of 2,140 prisoners released the same day on a presidential pardon.
Ingabire has long said her sentence was a result of her work as a prominent government critic and that the charges effectively criminalized her freedom of expression. International organizations such as Amnesty International and a 2017 African Court on Human and Peoples’ Rights ruling have supported those views.
Kagame won the 2010 election with 93% of the vote. By the time the next presidential election came around in 2017, Rwigara had entered the political scene seeking to run as an independent candidate after she was disqualified as a candidate.
Rwigara launched the People Salvation Movement (Itabaza), an activist group to “encourage Rwandans to hold their government accountable.” Shortly after its inception, she was arrested on charges of incitement and fraud. Rwigara’s mother Adeline was also arrested on charges of discrimination and sectarian practices and inciting insurrection.
Read: She wanted to be president, but ended up jailed instead
Although Rwigara was unconnected with any political party or Ingabire herself, the parallels between the two women’s cases are clear, according to Phil Clark, a political scientist at SOAS University of London who has studied Rwanda for nearly 20 years.
“Really we’re seeing the exact same thing with Rwigara as we saw with Ingabire in terms of the targeting of a women political opponent,” he told CNN.
“The government will often lock up political opponents at the height of their powers and then strategically release them once they feel that they or their party has been neutralized,” Clark said.

This summer, CNN traveled to Kigali and spoke with Rwigara’s family and supporters who allege harassment, censorship and threats of violence.
A handful of Rwigara’s supporters CNN spoke to said they stopped visiting Rwigara and her mother in prison earlier this year, fearful of violent retribution. Safety remains some supporters’ primary concern, with some taking the added measure of moving from house to house each night to avoid surveillance, according to two supporters. 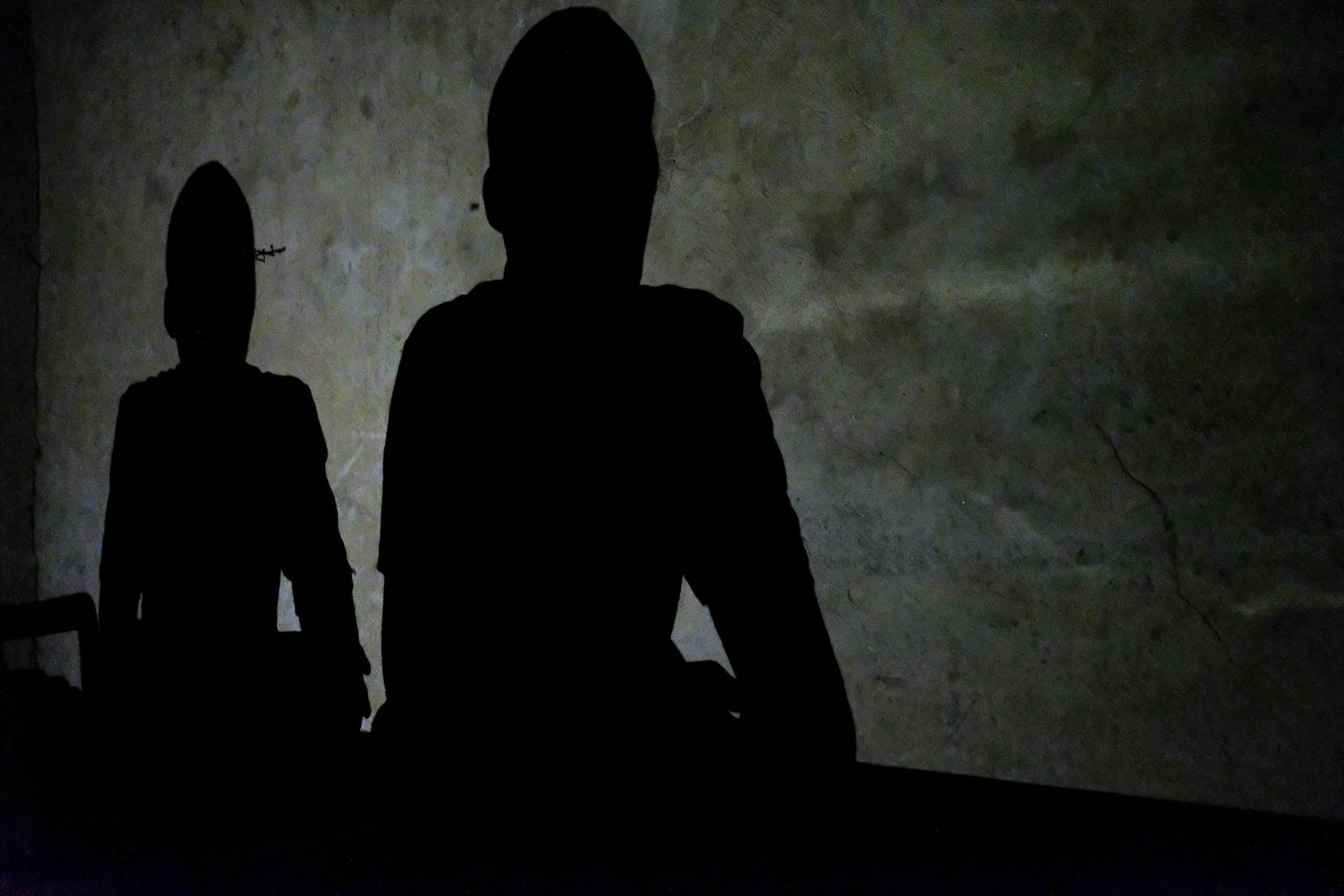 Inside a Kigali safehouse where two of Rwigara’s supporters share their stories.

Rwanda’s Office of the President, National Police and the RPF have not responded to CNN’s repeated requests for comment.
Some of Rwigara’s supporters said this week that their situation continues to deteriorate and their lives remain in danger.
One of those supporters, Honore — whose name has been changed for his safety — says he hasn’t visited the Rwigaras since his phone and laptop were confiscated by authorities who, he said, beat him and told him: “I will kill you if you continue to do this.”
Honore fled Rwanda in June, fearful of imprisonment or lethal violence. However, he recently returned to the capital Kigali, where he is slowly continuing to drum up support for Rwigara’s People Salvation Movement from the shadows.
He worries continuously about his security and says he struggles to support himself and his young family. Although he hopes the Rwigaras will be freed following their trial — noting the unexpected release of Ingabire last week — he feels the balance is tipped in favor of the government.
“It is not a fair trial, it is the government’s game,” Honore told CNN via text message on Friday.
“The government needs their property only, it doesn’t need judgment,” referring to the Rwanda’s Revenue Authority’s seizure of the Rwigara family’s assets, estimated at more than 1.7 billion Rwandan francs (approximately $1.9 million).
“I think that when you want to be president in Rwanda, he (Kagame) considers you to be as the enemy — he doesn’t want anyone else to become president when he is alive,” Honore added of the lack of political freedom.
Even if the Rwigaras are released from jail, they won’t be afforded true freedom, Honore said, again pointing to Ingabire.
Immediately after she was freed from jail, Ingabire urged the Rwandan government to open the country’s political landscape and asked them to free all other political prisoners, including nine members of her own political party.
Most notably, she called for Rwigara’s release.

Ingabire’s freedom of movement — and speech — could be short lived.
On Wednesday, in his address to the incoming parliament, Kagame warned that his presidential pardon should not be misinterpreted as giving into international pressure to free political prisoners, but rather a decision to “enable them to contribute to our country.”
“Just recently when we pardoned many people, including the so-called politicians who are more popular outside the country than they are here, it was in the same spirit. It is not the first time we have done this,” Kagame said, referencing Ingabire by all but name.
“Then you see people saying ‘I did not ask for mercy, they released us because of pressure.’ Pressure here? If you continue believing that, don’t be shocked if you go back to jail,” Kagame warned.
The Rwandan President was referring to an interview Ingabire gave to the BBC Gahuzamiryango service, also posted to her official Facebook page. Ingabire said she did not ask to be released for crimes she maintained she hadn’t committed. 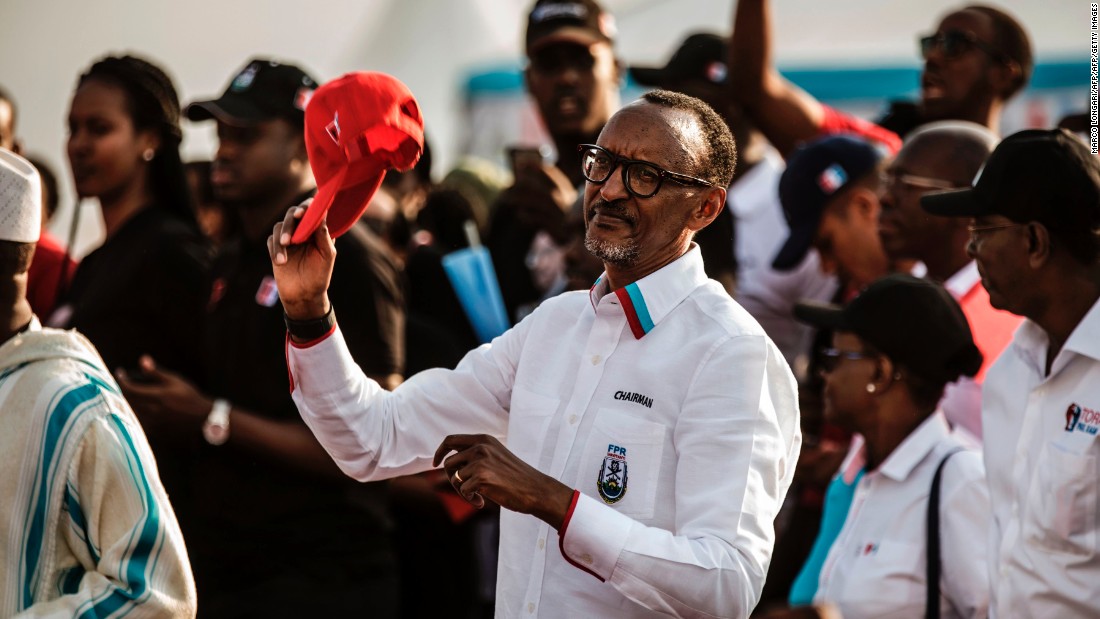 Rwandan President Paul Kagame campaigns during the 2017 presidential election.
Kagame has sent a clear message to Ingabire, according to Phil Clark: keep your head down.
“I think the government’s view is, ‘we can let her out but she effectively needs to stop being any kind of serious political actor … but if she tries to re energize her political campaign, or call for political changes like she has in the past, then she might again face some government sanction.'”
As Ingabire faces some tough choices in her new-found “freedom,” Diana Rwigara and her mother will stand trial on Monday, hoping for the best.
While some supporters remain skeptical that the Rwigaras will be given a fair trial, Clark believes that changes seen in Rwanda over the last year could signal that the outcome of the case is uncertain. 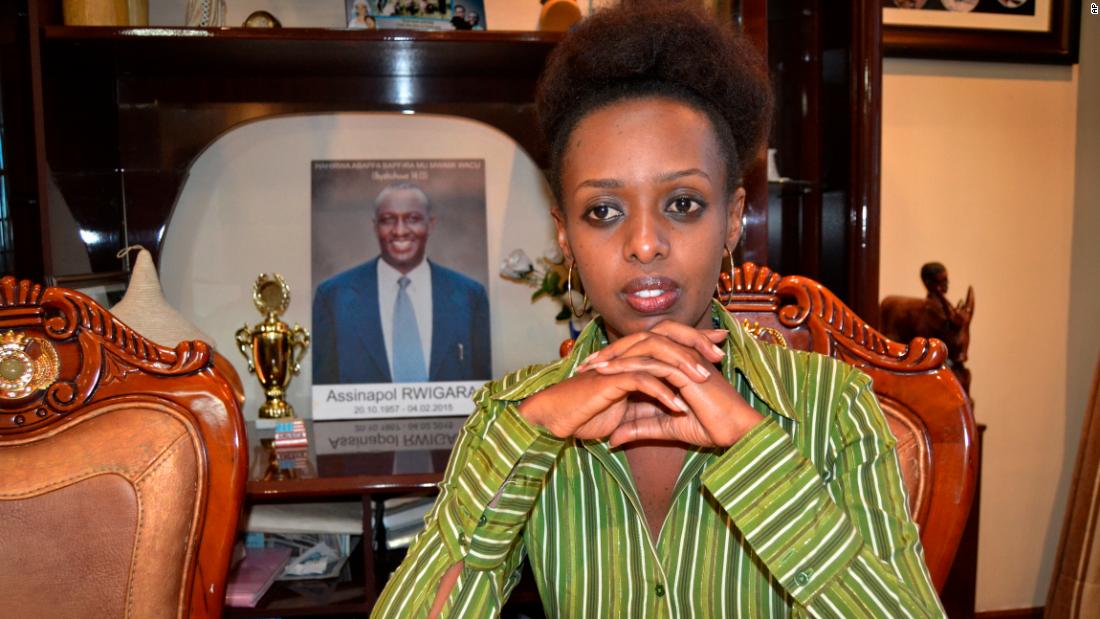 Diane Rwigara at her home in Kigali, prior to her September 2017 arrest.
“There’s a default expectation in the international community that Rwandan courts will just toe the political line and give the government everything that it wants in high-profile cases,” Clark said.
Although “everything in Rwigara’s case up until now has suggested that the courts aren’t going to rattle the political establishment,” the courts have been displaying an “important degree of independence from the ruling party even in the last year,” Clark said.
One example: The Supreme Court’s admission of a 2015 challenge to a constitutional amendment, which allowed Kagame to run for a third term. The Court eventually ruled that Kagame could run for a third term, clearing the way for him to potentially stay in power until 2034.
And this year, in a high profile case, the court dropped nearly all of the charges against a man charged with genocide who had been extradited from the US.
How that judicial independence will play out with the Rwigaras’ case will be seen on Monday. But regardless of the trial’s outcome, their future, like many Rwandans, still appears to rest in Kagame’s hands.