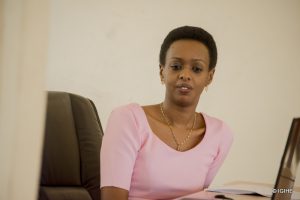 There is no roof over the stands at Amahoro National Stadium. Situated east of Kigali, Rwanda, the stadium can offer no relief when the sun decides to beat down. Luckily though, the sun decided to take a little rest on 18th August 2017, shining feebly between clumps of grey clouds. On that day, every stand was packed full of enthusiastic Rwandans. Down on the turf, a long line of white-robed drummers hammered away at traditional drums to welcome each of the 12 African leaders driving from the airport in massive black cars. Well-trained soldiers marched to music from a military band. Rwanda’s finery was proudly on show. Paul Kagame was being sworn in for another seven-year term as the president of the tiny, beautiful country nestled in the hilly north-western crook of Tanzania. The acclaimed hero, who pulled his country from the bloody depths of genocide in 1994, had won another mandate to steer it through the stormy waters of the 21st century, a century in which the country has known no other president. Kagame is genuinely popular in Rwanda. One would have to be mad to question that. From the moment he announced he would be vying for a third term, it had been clear that he would win with a landslide. Last year, at a referendum, a constitutional amendment to allow him to contest for 17 more years was approved by 98 percent of voters. Half a million people attended his last campaign rally in Kigali on 2nd August. Before that, it was not uncommon for his rallies to draw in crowds numbering in the hundreds of thousands. As if his popularity were not enough to guarantee his win, however, the field of opponents was carefully curated to include only candidates who stood no chance against him. Independent candidate Phillipe Mpayimana, a former journalist and writer, and Democratic Green Party flag-bearer Frank Habineza, another former journalist whose party took six attempts to register, were there merely as props in a well-staged charade of democracy. Paul Kagame swept up 98.7 percent of the vote, extending a run of massive election victories the likes of which no modern democracy has seen. At his swearing-in ceremony, he reiterated his campaign promise to continue developing the country and combat youth unemployment, thanking his supporters for their continued trust in him. The country looked set for its next seven-year dose of Kagame’s brand of development and stability. Rwandese people celebrated in city and country, waving the colours of the Rwandan Patriotic Front (RPF), the rebel group turned political party of Kagame. On the surface, all seemed well. But the story of Rwanda isn’t only about stellar economic development. And Paul Kagame does not derive job security from his economic record alone.

A young woman challenges the President

Two weeks after the inauguration, a lady called Diane Shima Rwigara disappeared, along with her mother, sister and two brothers. Neighbours reported that they had been picked up from their house by police vehicles. The police, in a statement, admitted to searching their house but denied arresting them. However, on Monday, September 4, 2017, they admitted that they had been holding her, alongside her mother and sister, since they had disappeared. They let them go the following day. Miss Rwigara is an accountant and a women rights activist. She runs her family’s business, a task she inherited when her father died in February 2015. Assinapol Rwigara’s car was rammed by a truck on the highway. Still alive, he was put into a body bag and taken to the morgue, where he died. The driver of the truck, who reportedly handed himself over to the police, was never charged with the offence. In fact, it seems the story disappeared into the ether shortly afterwards. In 2016, his family, led by Diane, petitioned the president to reopen investigations into the matter. The plea fell on deaf ears. For the discerning, it had been clear from the beginning that Mr Rwigara had paid with his life for something else – falling out with and opposing Kagame. He had long worn a pulsating bulls-eye on his back. Following his death and the failed petition to the president, his daughter became an outspoken critic of Kagame, frequently railing against him and his hypocritical development record. She accused the RPF of being the only real beneficiary of the development it claimed to have brought to the country. She also blasted Kagame for stifling opposition and eroding democratic gains to stay in power. All this, and more, is stuff Kagame has been accused of by countless people outside Rwanda. But within Rwanda, it is dangerous to even think like that. Then, on May 3, 2017, Rwigara did something that not even her father had ever attempted. She announced that she would be running for president in the elections scheduled for August , 2017. For exactly three days she was in the news for her audacity. While it was clear that, even in a fair fight, she would hold no candle to the popularity of Kagame, the prospect of such a fiery critic duking it out with the tall man was enchanting. She became a symbol, a living rebuke to all that was wrong with what Rwanda calls democracy. Her rallies were attended by busloads of young people, and journalists courted her everywhere she went. But at the end of those three days, fake nude photos of her showed up online. Officials in her campaign were threatened. Some were put in jail. The validity of the signatures she had collected to support her candidacy were questioned. Her challenge had been taken seriously by the RPF, and the party was subtly telling her that she wasn’t welcome in the list of contestants. But she failed to take the cues. Or rather, she ignored them and doubled down on her commitment to run. So on July 7 a technicality was found – the validity of the signatures supporting her candidature, again – by which to disqualify her. Her name didn’t make it to the ballot. The little bird’s wings were clipped. Or so the RPF thought. The next week, she launched a human rights movement.

How Kagame came to power

When Paul Kagame first became president of Rwanda in 2000, after years of controlling the country behind the scenes through President Pasteur Bizimungu (1994 – 2000), he promised that, under him, the country would see democracy and prosperity, saying in an interview, “when it comes to succession, we will say, ‘Kagame’s time is over, we need another candidate.’” It was an empty promise, for the very act that made him president rested on a travesty of democracy. Over the years, Kagame has proved himself a master at exploiting the very ethnic divisions that tore his country apart. But he does not do it in the same way as those who would have burned it down. No, he uses the pretext of preventing it to crack down on all dissent, terming any credible opposition to him as incitement to ethnic violence. Using the tactic, Kagame essentially overthrew Bizimungu and took over from him. Then, for his intransigence, he banned Bizimungu’s new political party and threw him into prison. In the same way, Kagame has gotten away with jailing, exiling and assassinating countless Rwandans who have dared raise their voices against him and his record. He does not spare even former friends and allies. And he does not even pretend not to do it. In “denying” ordering a particular assassination in 2014, he all but admitted that he has no qualms resorting to such tactics, saying that his opponents (whom he always equates with enemies of Rwanda) just “tend to die.” He has turned Rwanda into his fiefdom. He lords it over his opponents, and brags about to his fawning admirers. He started his presidential stint as the saviour of the country but has gradually morphed into its slaver. For those who admire his style of leadership, this might not present too much of a problem. But for those whose thoughts cast into other waters, mortal danger is a constant shadow, no matter who they are.

No paradise for women

Feminists in the West have a sickening tendency to wax lyrical about Rwanda’s female-dominated national legislature and cabinet, They hold it up as an example and chide their own governments for lagging behind this tiny African country. But they conveniently forget that the women whose presence dominates these bodies wield no real power. They are a rubberstamp for a dictatorship. Rwanda is no paradise for women, despite its reputation for reproductive rights. As clearly shown in the case of Diane Rwigara, and of others like Victoire Ingabire before her, Rwandan women who reach out for real power come face-to-face with the ugliness behind that façade. And it never ends well for them if they don’t capitulate and join the ranks of those who worship Kagame. Their story is not an example of women’s empowerment; it is a well-executed act of side-lining women while pretending to do otherwise. On September 5, when his sister was released by the police after the first arrest, Aristide Rwigara told the BBC, “All my sister did was run for president and now they are persecuting the family.” But that was not the end. More was coming. Diane Rwigara, her mother and a sister were rearrested on September 25. They have been tortured and starved, and while the sister was released, it looks like Diane and her mother, Adeline, will not see freedom any time soon. Kagame’s instinct for survival has found a threat in two elegantly dressed women. The charges have changed from tax evasion and forgery to inciting insurrection and forgery; enough to safely stow them away in a Rwandan jail for a long time. Meanwhile, Western governments (and feminists) keep fawning over the tall bespectacled man at the centre of it all, intentionally oblivious to his lethal anti-democratic tendencies, looking the other way for fear of destabilising the country and bringing it all down in flames and blood once again.